We’ve taken sold data over the last 10 years and we’ve split this into 3 property types that are common to Burley, Leeds, to get a further insight into what is happening to property values in our area.

It’s important to note that the following data shows averages for the property types, not their size/how many bedrooms, or condition. Neither does the data account for any other features such as gardens, parking, or any refurbishment works. This average data was taken from 2007 just prior to the crash and 2017.

We can see from the graph below that the average pre crash sold price was just under £115,000 (from 64 recorded sales). A drop of 10% can be observed during the following 5 year period before prices began to recover. A huge spike can then be seen during the last 12 months with the price in the last 3 months of £145,000. It’s important to note however, that there was only 1 flat sold in the last quarter however meaning that this isn’t reliable enough data to conclude that prices have recovered from pre-crash levels. 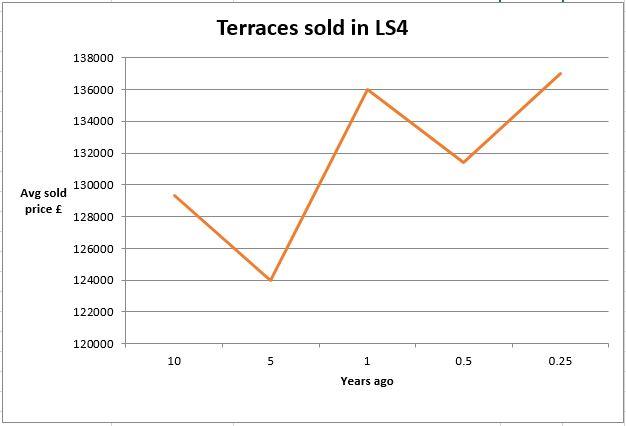 Pre-crash levels have averaged just under £130,000 (from 725 recorded sales). Prices were fairly resilient during the crash with only a £6000 loss in capital values. Seasonal highs and lows are shown by the high and low during the last 12 months. The average value currently has exceeded pre crash levels by 5%. 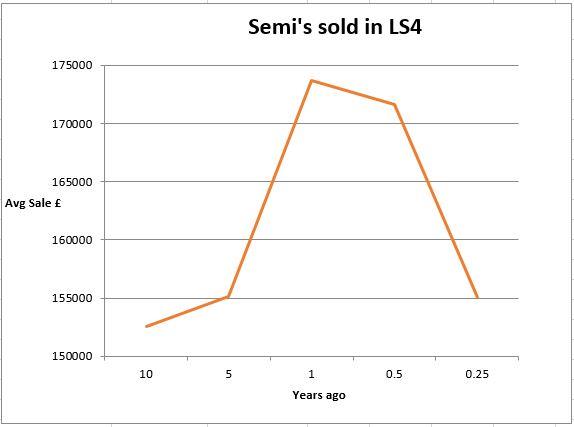 As you would expect, we can see that semi detached property values are higher than both flats and terraced properties. It’s really interesting to see that semi detached property prices didn’t decline during the crash and in fact rose during the period 2007-2012 – this is most uncommon in Leeds and shows just how popular these properties were in Burley. Then a large spike occurs during the period 2012-2016 seeing averages jump to £173,642 from £155,102.  Prices then dipped a little during the winter and have started heading upwards again going into Spring 2017.

If you're looking to see how much your property in Leeds is worth now on, call us today on 0113 357 2260 and we'll be able to help you with a free and no obligation valuation for your home.