What Transport Links Does Leeds Have? How This Impacts Your Purchase

One of the most important aspects which influences demand for homes is the standard and availability of public transport close to homes. This is no different in Leeds, and it is essential prospective property buyers familiarise themselves with the public transport links in, out and around Leeds.

How does transport affect the property and rental market? 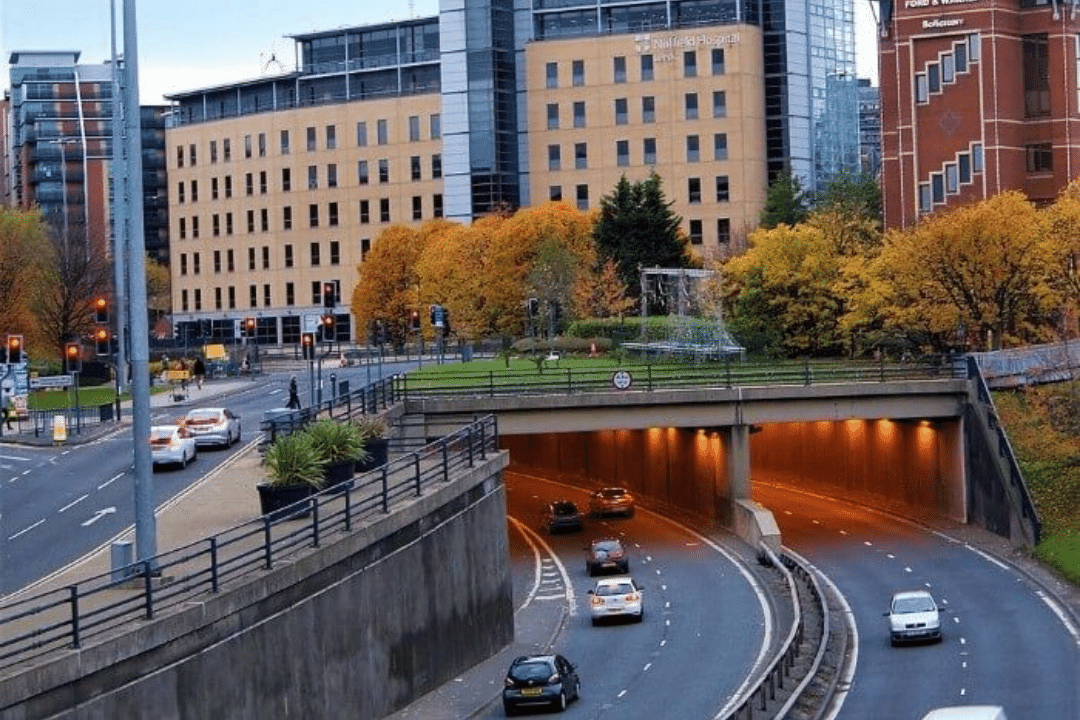 As you would expect, there have been many studies into the link between transport and property demand/prices.
In 2021, Nationwide conducted a study into the “transport effect”, finding:
Nationwide’s Andrew Harvey says: “The pandemic does not appear to have reduced the desirability of being close to a station in London, despite reduced public transport usage. Indeed, our analysis suggests the premium has actually increased slightly compared with pre-pandemic levels. We’ve also seen a noticeable increase in the premium to be located close to a station in the Greater Glasgow area, but in Greater Manchester, homebuyers appear to be placing a little less value on being close to a rail or tram stop compared to before the pandemic.”
While the study made no mention of Leeds, the findings for Greater Manchester are likely to be of interest. There is a premium associated with buying a home close to a train station, but there doesn’t appear to have been any change because of the pandemic.
Remote working might be more common now, but people will still want to travel, and the presence of local transport options is helpful.
While the findings are helpful for people looking for facts relating to the link, it is common sense than an area which is well served by public transport will have greater demand for houses. There is a convenience element to reliable public transport, and there will be more people who can plausibly live in this local area.

What are some of the best and worst connected areas in Leeds for public transport? 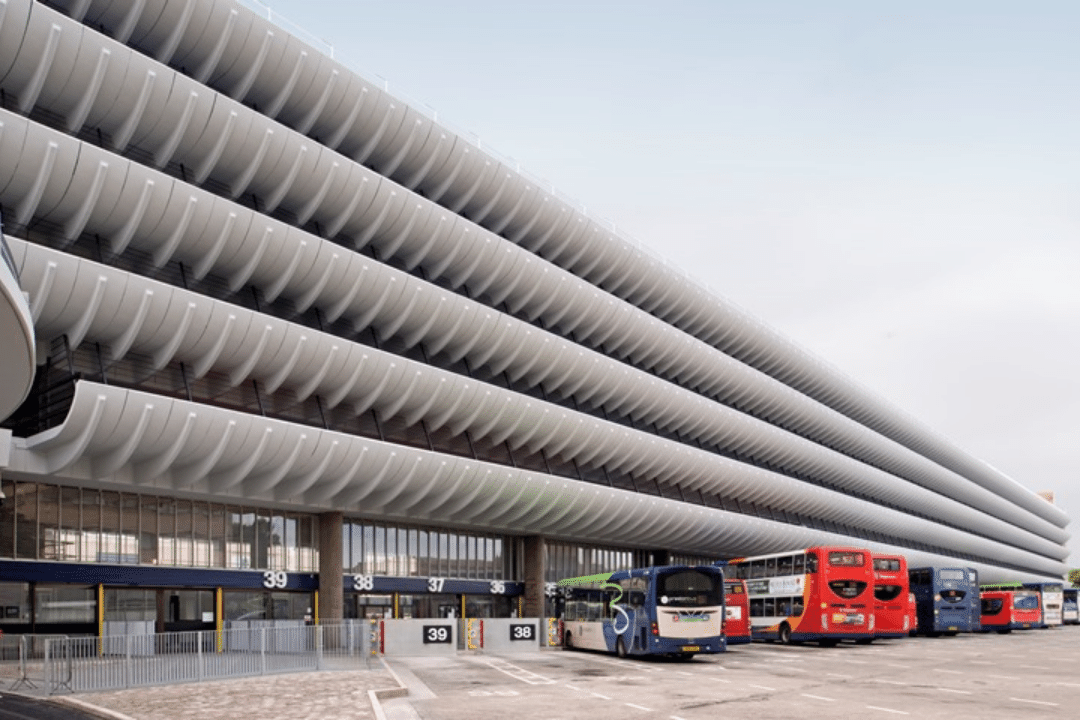 If you are looking for a good place to live in Leeds and need good transport options, here are some of the best places you can stay:
However, not every area of Leeds is as well connected. In 2021, a study by the Centre for Cities indicated only 38% of people in Leeds can take public transport to the city centre in less than half an hour.
East Keswick is considered to be one of the most isolated places in Leeds. It takes more than 50 minutes to reach Leeds Railway Station by train, and residents face lengthy walks to reach a local primary school, secondary school and even a GP’s surgery.

Does transport availability affect the price of Leeds property?

According to Rightmove, the average price paid for property in various areas of Leeds in the past 12 months stands at:
While you should never make too many assumptions based on a limited amount of data, it is clear to say that isolated areas and a lack of public transport doesn’t equal a lack of demand for a home or low property prices. Conversely, an area that is located very close to the heart of Leeds has an average property price that is half or even a third of the price in some averagely priced parts of the city.
With the average price of East Keswick homes being more than twice the average of some well-connected areas, it suggests that isolation in some areas appeals to buyers. These homeowners don’t need public transport, as they have cars and are willing to use them when making their way to the city. These buyers favour the pace and less urban setting as opposed to connectivity.
Therefore, while it is important to say transport impacts property demand and prices, it is far from the only factor.

How do you get around in Leeds? If you are looking to travel around Leeds you can walk, cycle, take a bus, take a train or hire a taxi, including Uber. There are also water taxis operating between Leeds Dock and Granary Wharf.


How does public transport work in Leeds? 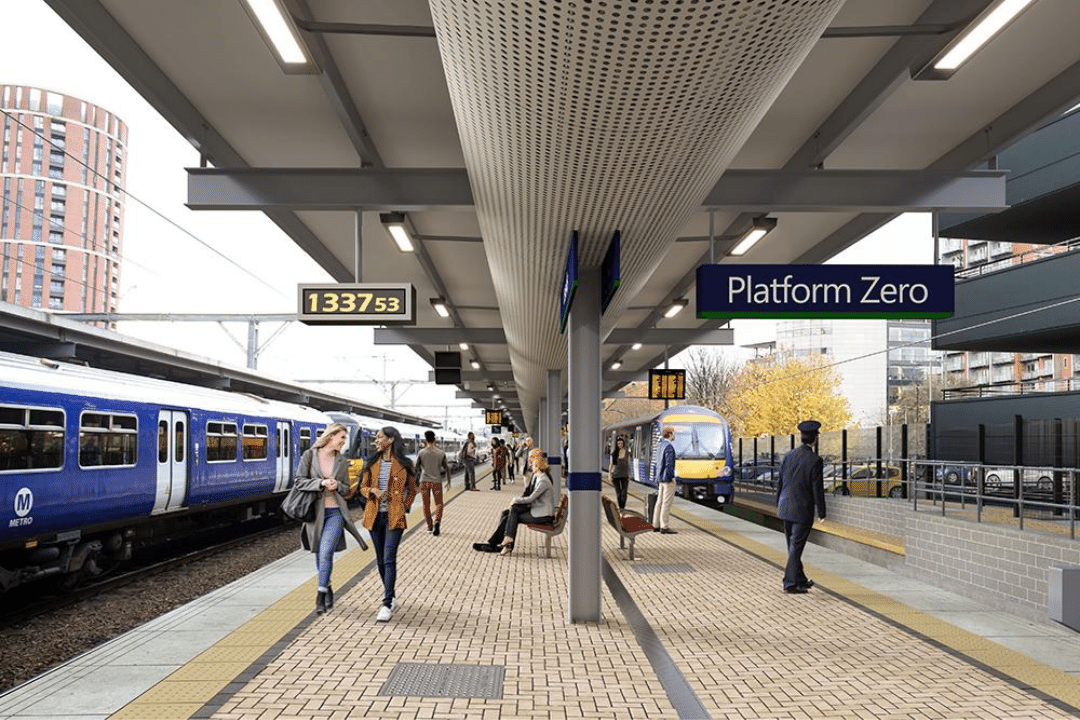 There is a strong network of trains and buses serving Leeds, with these services running from 5am all the way through to 11pm. As you would expect, the service is aimed at funnelling people in and out of the city centre, but the suburbs of the city are catered for with many small and local journeys being catered for too.
Children under five years old can travel for free when they are with a passenger holding a ticket or pass. Children who are aged between five and 10 can pay a half-fare on all buses and trains which display the Metro symbol. People older than 10 and under 18 can apply for a photocard which offers half-fare prices. Bus users aged 65 or older can use their English National Concessionary pass to travel for free.


Does Leeds have a metro?

While a company called Metro is the travel network of West Yorkshire Combined Authority, Leeds doesn’t have a metro system.

Does Leeds have a tram system?

Is public transport in Leeds good?

As there is no metro or tram system in Leeds, many residents and visitors think that public transport in the city isn’t good. There is definitely room for improvements with public transport in Leeds, and there is hope that promises of funding for a mass transit system will make it easier to get around in the city.
However, it must be said that the range of bus and train options in and around Leeds meets the needs of many residents and travelers. There is a wide range of trains and buses operating across the city, and you should find there is a public transport option which helps you get to where you need to be.

What is the main train station in Leeds? 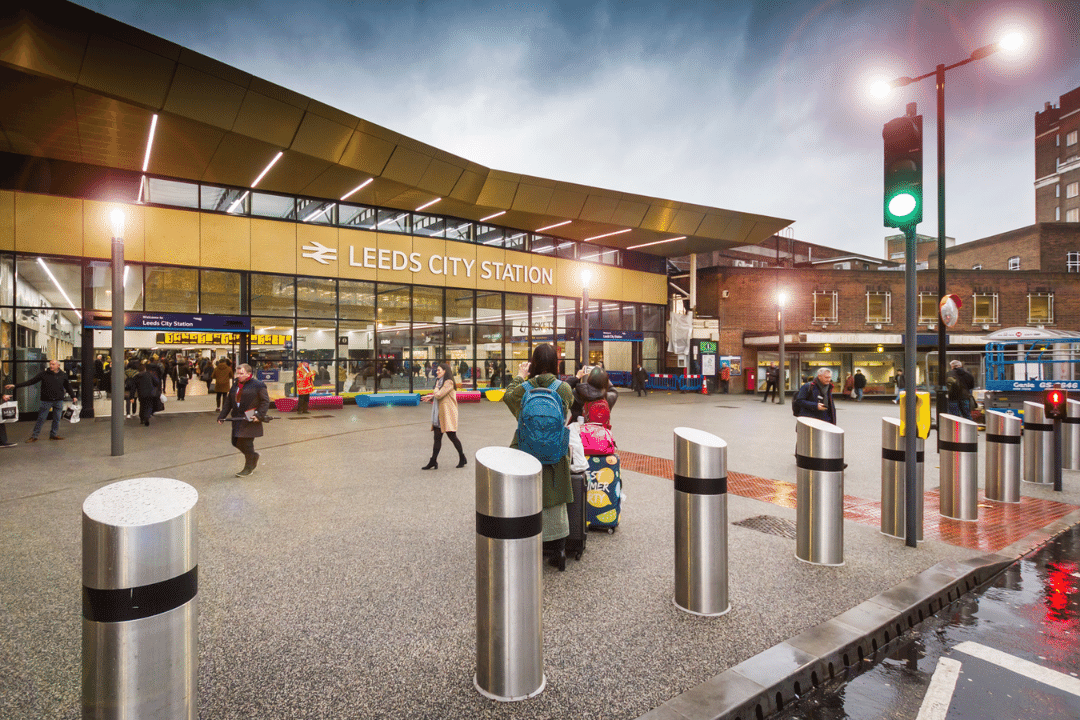 The main train station in Leeds, Leeds Railway Station is located on New Station Street, and is one of the busiest train stations in England, especially outside of London. When the station is at its busiest, it welcomes more than 100,000 passengers per day.
While the station is popular for allowing fast and simple travel to locations such as London, Manchester and York, the local economy thrives because of the connections in and out of Leeds Railway Station.
Stations in Leeds which connect with the city centre station include:

What operators run trains in Leeds?

What is the main bus station in Leeds?

Who operates buses in Leeds?

Companies which operate buses in Leeds, and which utilise the main station include:All these operators have a presence in the eastern concourse of the Leeds bus station. On occasions, DalesBus service utilises the station too.

The following service providers operate from the western concourse of the bus station: Eurolines, National Express, Stagecoach in Hull and Stagecoach Yorkshire.

How to pay for buses in Leeds?

As you would expect, there is a growing variety of payment options available for bus travel in Leeds.
The main operator in the city, FirstBus, accepts the following payments:The variety of options available on Leeds buses makes travelling simpler for passengers. If you like to be prepared, you can buy tickets in advance, including seasonal passes which help to make the cost of travelling more affordable.
If you are travelling spontaneously, you can pay by card or cash on board, and the Tap On Tap Off payment option helps you to minimise the cost of various journeys without committing to an advance ticket.

Leading destinations in Leeds and how to get there

While there is a lot to discover in Leeds, some attractions are more popular than others. Knowing what public transport options to take to get to these popular Leeds destinations will help you plan your trip. 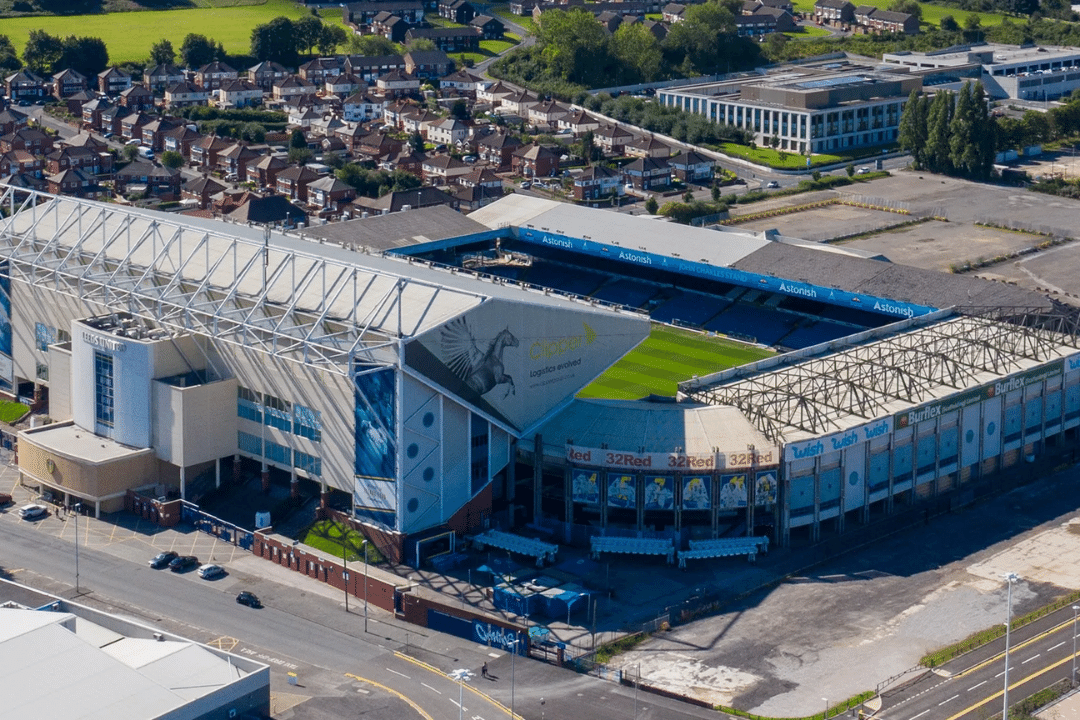 If you are off to see Leeds United play, the Elland Road stadium is two miles from the city centre.

There are special bus services on match day, which begin 90 minutes before kick-off. The R2 service leaves from Sovereign Street, which is located close to the Hilton Hotel. The R3 service runs from Pudsey Bus Station and Thornbury Barracks.

Please be advised that these are specialist bus services, and existing travel passes are not eligible for travel.

Taking a bus from the city centre is simple, but please be advised the bus stops directly outside Elland Road are suspended for one hour before and after a game. This means you have a short walk when going to or from the game.

Services 51 and 52 located on Morley Line can be accessed at Stop D at the Corn Exchange, which is located on Vicar Lane.

Services 55 and 55C leave from Stop G at City Square, which is located on Park Row.

Services 9 and 9A leave from the Ring Road Beeston

For Saturday games, there is a shuttle bus service leaving from the Temple Green Park & Ride, taking you to and back from the game. 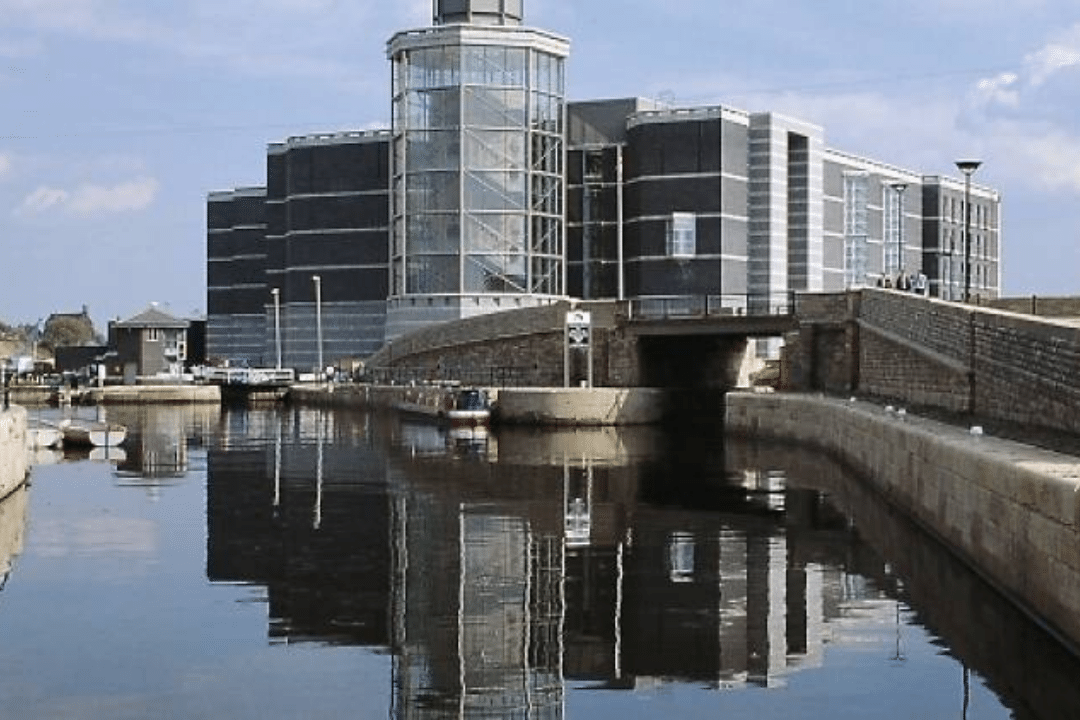 The Royal Armouries Museum is found in Leeds Dock, and is a purpose-built museum which houses the National Collection of Arms and Armour. The museum offers free entry, although some of the exhibitions require an entrance fee to view.The Royal Armouries Museum is close to a 20-minute walk from Leeds Railway Station, so taking a bus from the city to the attraction is a sensible option for many people.

What bus services run from Leeds city centre to the Royal Armouries Museum?

The bus stops located closes to the Royal Armouries Museum in Leeds are: 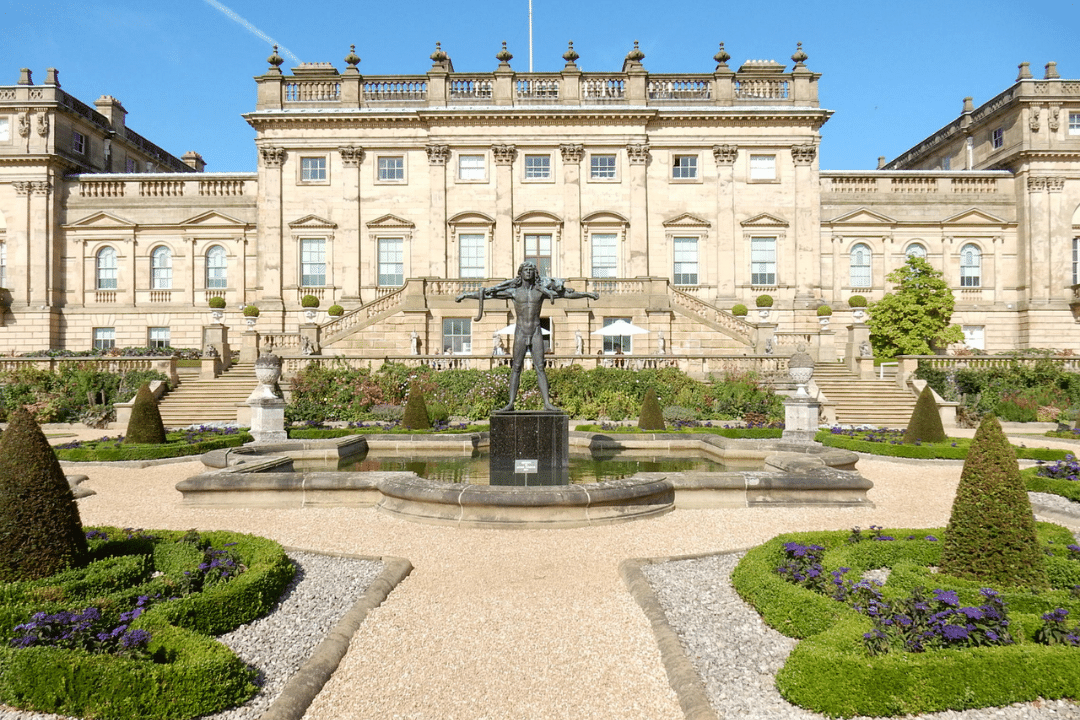 Harewood House is a Georgian Country House which is found eight miles from the heart of Leeds, and the building has been around since the 1700s.
From the Victoria K bus stop in Leeds City Centre, on Vicar Lane, you can take a 36 bus to the Harewood Arms, and from there, it is a 15-minute walk to Harewood House. During peak times, this bus service operates every ten minutes. 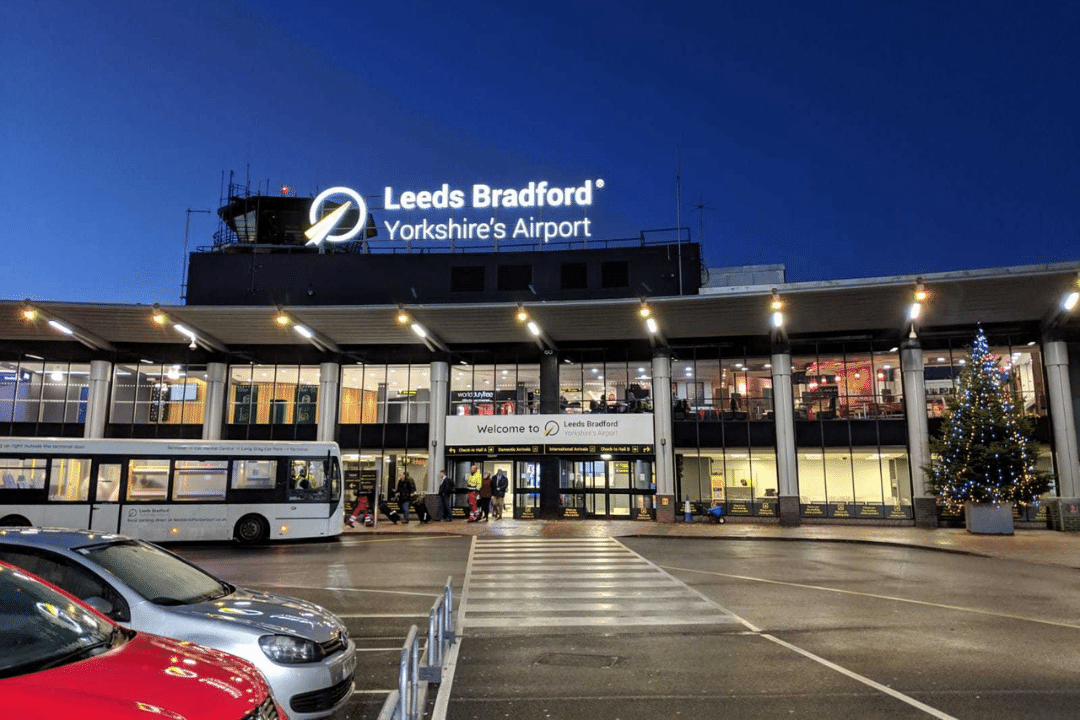 The most convenient travel option between Leeds City Centre and Leeds Bradford Airport is to take the A1 Flyer. This service operates every 20 minutes, 7 days a week. The stops on the route are: Leeds Bus Station, Leeds New York Station, Leeds City Square, Bridge Road, Horsforth Fleece Hotel, Harrogate Road Bayton Lane and Leeds Bradford Airport.The general journey time for the full trip is around 40 minutes, but will take slightly longer during busy times. 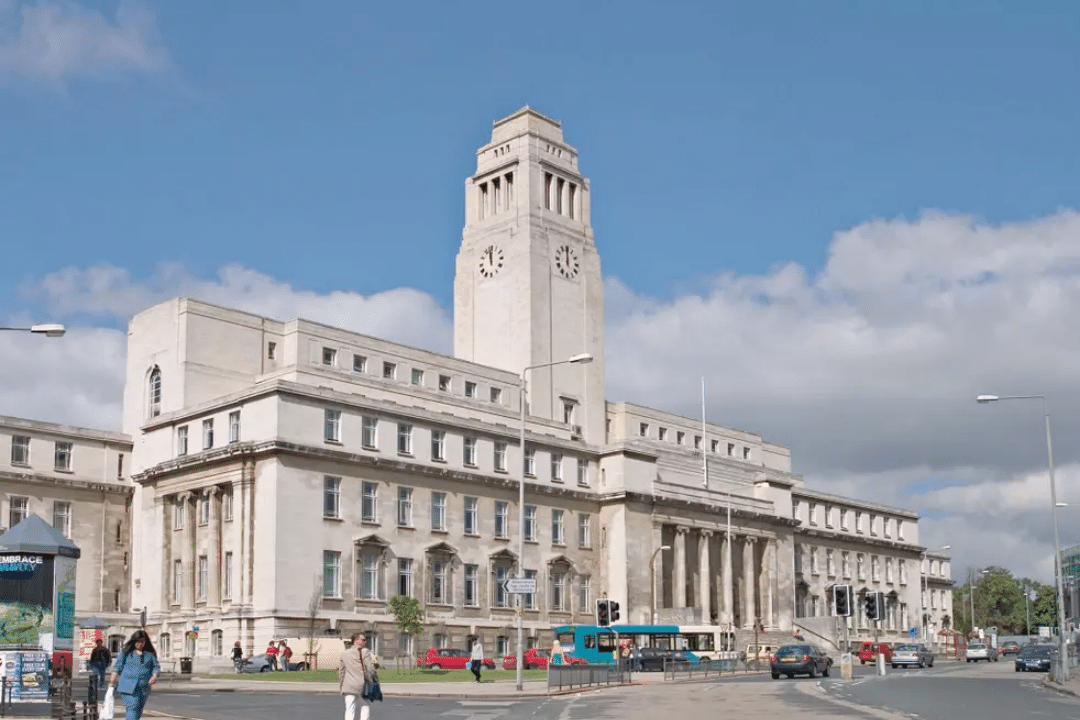 
Need some help with your decision

If you want more information and help with working out what property might be good for you, or potentially you are looking to sell your property and want to find out if the valuation will change based on local transport links. Then feel free to get in touch with us at Dwell Leeds on 0113 246 4860. We cover the whole of Leeds and are always keen to hear from any Leeds residents of property investors.